Born in Yokohama, Japan and moving with his family to the United States in ’85, Kensho Kuma, hip-hop enthusiast turn Japanese-American emcee and 6th grade teacher in Oakland, CA has some of the best lyricism techniques and boom-bap beats around the Bay Area.

Kensho Kuma has been emceeing for 12 years in both English and Japanese and after graduating college in ’03, he moved to China to work with a lifelong friend and fellow emcee in Chengdu, China [Western China] and Shanghi.  Kensho Kuma wanted to experience living in Asia as an adult and found it interesting since he was asking many Westerners who knew Chinese how to say different things.

“It will take the rest of my career to [show how American culture has affected my music]. I am a walking identity crisis.  I am uncomfortable with both cultures [but] more received in Japan,” says Kensho Kuma, who fell in love with hip-hop through Wu Tang Clan, especially Raekwon and Ghostface Killah while skateboarding back in ’95.

Interestingly enough with all of the Asian influence in American Hip-Hop culture and music, Kensho Kuma says that he has quite a fan base in Japan and he makes sure he visits and performs at least once a year.  Japanese hip-hop culture began in the early ‘80s, Kensho Kuma says, unlike China’s which started  around ’03 due to the country being communist for so long, it created a distain for western culture long ago that has stuck with the country.  Hip-hop came into China via 50-Cent, says Kensho Kuma.

There is a delicate balance to rap in both languages,” says Kensho Kuma who eventually relearned Japanese fully, “Samurais, ninjas, Kung-Fu has always been perceived as being really cool in American culture. There are so many talented emcees. I am a humble dude but they have one sword, I have two.” 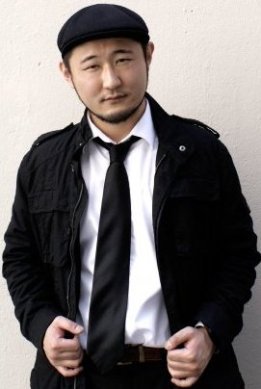 Kensho Kuma says that it is easier to find the talented emcees in Asia because there is more respect for the craft.  Kensho Kuma is influenced by artists such as Maccho (Ozrosaurus), Zeebra, Mc Kan (MSC AKA Meigi Street Crew) Shingo Nishinari and one of his favorites of whom he has also had the opportunity to work with, Kemui.  Kensho Kuma’s released a song on Kemui’s album (P-Vine Records) where he raps about being a teacher in Oakland, CA.  A couple Chinese emcees Kensho Kuma listens to and has great respect for are Young Kin of Beijing and Tang King of Shanghai.

“[American Artists] need to get back to the meat and potatoes,” says Kensho Kuma who sees American Hip-Hop  and Rap as being over saturated with rappers.

Kensho Kuma has been on several American and Asian mixtapes and has released two of his own projects, “Rewritten Code OV Honor” (May 10, ’06) and “Projekt Life Force” (May 10, 2010).  Soon, Kensho Kuma will be releasing, “The Program EP” which is more like an album than an EP, he says.  First he will release the EP Spring May 9 in Japan along with a two month tour (July/August).  Next he will return to the US and release the album here August ’13.  He is also working on another project entitled, “2SS” and a video from the album, “Concrete Tears” to promote the album release.