San Bernardino, CA born-and-raised, 23-years in the game R&B artist Kris Bourne brings light to the world during this pre-apocalyptical world with his new hip-hop and R&B inspired E.P. entitled, “Supreme” featuring five tracks that will get your mind moving, heart pumping and tenacity jumping. Although there is no one else out there making music like Kris Bourne, one can sense familiarity within his romantic and passionate music through some of his influences like Chris Brown, Usher and even the world-renowned classic sounds of The Isley Brothers.

Multi-talented and self-producing artist, Kris Bourne has a catalog of over 500 tracks that are able to uniquely appeal to the masses while staying true and original. There is really no other artist who produces story-telling music, mixed up with different genres like R&B, hip-hop, Electronic, dub-step and funk like Kris Bourne can. He has even come up

with his own genre of music called “Cinematic Hip-Hop” which is able to possess not only passion within his lyricism and music but a movie-like experience to go along with a catchy hip hop/R&B undertone. Each track will seem like a whole new story or chapter in Kris Bourne’s playbook which can be seen within his emotionally-charged art.

Kris Bourne’s fourth music project to date starts off with ” God King,” which is the intro track to the E.P., offering solid boom-bap-bap style drumming while picking up some dubstep beats to drive into what sounds like mid-evil monks chanting in the background. The intro to the short song ends with a deep voice saying “You will be a God King” just as a beautiful woman’s voice appears, “And in the darkness, he surrendered himself completely…” which then awakens the “God King” into a trance-like R&B moment where the God King takes over. The song itself has so many dramatic touches to it that any listener can imagine Kris Bourne referring to himself as a Giant in his own right, even talking with his hands as he recites, “Eeny, Meeny, Miny, Fi, Fo, Fum…” Suddenly, in a dash, emcee Mikal Sands spits emotional bars within the dub-step timing; preacher-worthy while showcasing a world where things are not as they were before. Kris Bourne ends with the “God King” chorus as we enter the new world. This track gets a lot of attention in this review simply because it is setting the entire stage for the rest of the E.P.

“Supreme” reigns with Kris Borne’s hit single, “Follow The Light.” The song’s official music video, produced by Vdollars is due to be released to Youtube March 30th at midnight (*UBO MAG will update this story with the video once it has been released). Kris Bourne has always taken a more dramaturgical music-wise approach that allows the listener to feel as if they are following along with a story. “Follow The Light” is the perfect anthem for today’s politics, socio-economics and health that we are currently facing. The song crescendos in the center when Kris Bourne goes in about the breakdown of the entertainment and music industry and how everything is “fading to black” in order to evolve, “hopefully this purple haze will make it go away.” Some of his bars are noteworthy, “When it’s over… mankind has contracted the virus and few have the antidote?” Seemingly hopeless yet yearning for truth, Kris Bourne is able to complete the task with his chorus, “Follow the light, it’s kinda bright, to those with the sight.” Truly teaching us all to pay attention to what is going on amongst us as not only a culture but as a body of humans across the globe in the same struggle.

Other tracks on “Supreme” E.P. include “Stick Up Kid” which starts off with what sounds like a windup toy and drummer boy-style beat. “Stick Up Kid” eerily reminds me of another story-telling R&B song “Contagious” by The Isley Brothers which seems to wind around sentences with much of the lyrical emphasis on emotions and actions. “Money make the world go round…I think I’m gonna rob you now” speaks volumes in an apocalyptical situation and even the life of many who live in poverty without the ability to get a leg up. Now that times are dire, this song may appear to be more of a revelation than just a song about robbing people. Emcee J Burna pulls some fast-spitting bars, like someone conducting a major heist within his lyricism. Kris Bourne’s surreal subject matter in his music makes it a quick hit during these times.

Each track is unique and infectious; “Put That On The B” proves this point accurately as it starts off with a guitar sample and moves into Kris Bourne asking for the listener’s faith

in him since he “got ya.” Showcasing a rap-style mixed with R&B, this complicated anthem draws sentiment from “whatchu want” dedicated to those who depend on him with a little flashiness in line with the musical built-up. The song can be summed up where Kris Bourne says that he is “the man” as he takes care of those that he cares for no matter what.

Finalizing with “Glory,” Kris Bourne’s ability to take a bouncy beat, switching it into a radio-friendly and ready-to-go approach is not only a talent that few possess within independent music but something worth listening to. Kris Bourne goes on again in an R&B-rap style melding even his lyrics together into a woven story. The track is futuristic and modern all in one.

While we live in this new pandemic world filled with worry and fear, remember to stay close to those you love and share music like Kris Bourne that exemplifies the era that we are in now.  Be sure to pick up the entire “Supreme” E.P. at the end of March and look out for the full video “Follow The Light” on Youtube soon!

All Photos Provided by Kris Bourne 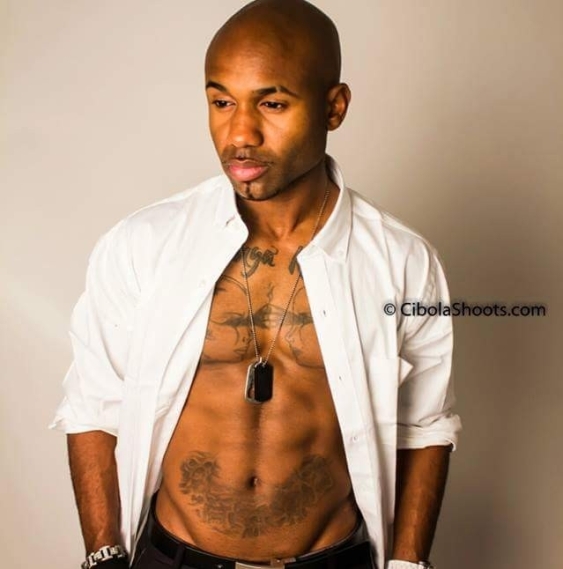 All Photos Provided by Kris Bourne Via CibolaShoots.com

To Reserve a Free Consultation to Get Started Hit This Link To Schedule!
DIY Music Business: Must Get The Indie Bible Here!