OneWerd Does it For The Love of HipHop: March 25 Marks Self-Titled Album Release with Pete Feliciano

Tyler Webb hails from San Mateo, a part of the East Bay Area of Northern CA and also known as OneWerd in the HipHop world is debuting his newest album, “Pete Feliciano and One Werd,” a collaboration effort with vocalist Pete Feliciano of whom he produced and mixed with.

The album is catchy, danceable and has soulful, funky notes, reminiscent of Murs or L.A. Symphony. Feliciano and OneWerd working together seemed to be pulling from different directions. One Werd pulls his beats more from an electronic background whereas Feliciano is highly influenced by blues, funk and soul music.

“The One Where We Kill You” “I Don’t Fucking Care” featuring Cyberclops and Pete Feliciano is a song about fake-ass emcees talking all that mess about being this and that when they need to just be real. The song has a fun beat, harmonica flow and vulgar language to express their thoughts on mediocre artists.

“Our first collaborations were slow to form since we were coming at it from different perspectives. The sound we have now is the by-product of learning to trust each other [and our] influences more and how to communicate and truly collaborate when it comes to the final product,” One Werd explains the process the two went through while building their album.

OneWerd (along with Pete, The Versisifiers and IMF as resident performers) had the idea of booking his own shows so that he could create a network in his area and was able to build this up the last few years. Currently, OneWerd is working with the venue, “Showdown” on 6th St. in San Francisco, CA. The monthly event “Builders” takes place on the 2nd Thursday of every month showcasing local and touring acts.

Usually, OneWerd produces HipHop influenced by Dub-step, trap and electronic however this new collaboration brings a sexy, grown up HipHop vibe. OneWerd started his music career in “Silver-Age” of HipHop in the mid-’90s when Nas and Tu-Pac were king, the local graffiti-writing scene in the Bay Area was on a come-up and so was the DJ and emcee scene (remember: E-40, The Coup, Mac Dre and Too $hort). This is a far stretch for this ten-year veteran who started out with an MPC 2000 to produce his, “Free Music” album where he first started to get noticed. One Werd started out in the local music scene by attending HipHop cyphers and freestyles (and he could beatbox pretty well).

“The worst feeling to me as an artist is to feel like it’s all been done or there’s nowhere to go,” says OneWerd and he continues on, “I have to do this stuff, it’s become such a huge part of who I am that I can’t really imagine not expressing myself through creating music.”

Some of his previous albums he has released since ’08, include, “Basement Futuristik,” “California Content Standards,” “Studio Gangster,” “A Majority of One, ” “#workflow” and “Waiting Room” (2015) OneWerd’s music seems to have an electronic base with a boom-bap lyrical swagger.

A lot of OneWerd’s music is comical and other parts relate to when he was younger, freedom of expression and believing in oneself. Another thing that stays with all of his albums are bouncy beats and catchy rhymes.

OneWerd has always been a solo emcee/artist who is a self-starter but doesn’t relate to being an entrepreneur. OneWerd does not create music for the money. He looks to other HipHop artists who pursue music and art for the love of it and not for the dollar bills that can be attached at the end of a show or selling a t-shirt. OneWerd has worked with other artists producing beats for other rappers. Not too long ago, OneWerd released, “The Faculty,” a collaboration effort with several local artists.

Now OneWerd can be seen hitting up the West Coast and states like Idaho, Colorado, New Mexico, Arizona, and Nevada. He has also toured the East Coast with JB Nimble and Dan Dillinger (of whom he is currently touring along with CTZN [The Study Group]). OneWerd has also opened for hip-hop artists and legends, Aceyalone, 2Mex, Bop Alloy, El Da Sensei and Brzowski.

Outside of writing and producing his own music, OneWerd is a sixth grade English teacher with an educational background in Psychology from the University of San Francisco. OneWerd wants youth who want to pursue music to maintain self-worth and being.

“I always had the impression that I had to be a certain type of person or have a certain attitude to be a rapper. The biggest moments for me in music have always come about as the result of trusting who I am and being as authentic as possible in my music,” says OneWerd 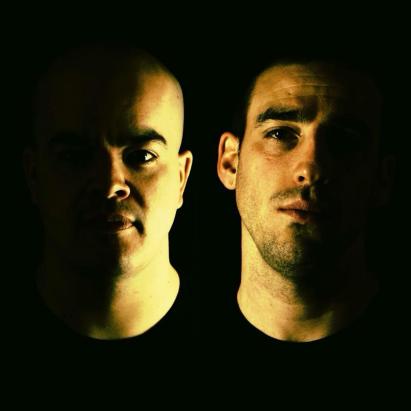