So it’s been awhile since I’ve created a Top Ten List of my fave peeps whom I’ve been either following, interacting with for projects, do biz with or just inspire me to shout out just for fun. In the past it was construed of music artists and anyone involved with art, period. ‘Cause that’s what I’m mostly attracted to, basically.

This time around, I chose photography because of how it inspires me based on the many walks of life and photos that are captured by the individuals who were able to snap such an amazing images of such beauty at that particular moment in time.

I’ve always said “Where’s the pause button? Life is going so fast, specially when your having fun.” Well this is how I’ve been able to pause life. By not only snapping my own images while using my iphoneography skills via Instagram app filters but also by asking my most favorite professional photographers who actually do this for a living.

Take a peek at what these amazing photographers had to say about their favorite images they’ve snapped ever and embrace that moment that can never be duped or replaced.

1. Sly Vegas, Northern California
Met while volunteering at Auburn HipHop Congress. He worked with HipHop duo Golden Gloves, emcees BOAC and Sunspot Jonz as well as Reggae in the Hills.

He started his career shooting sunsets, weddings, bridges and graffiti and has graduated to shooting musicians, music events and supporting artist branding styles; Sly is the ultimate “Photog Beast.”

In his own words: “This was my personal confirmation among my photographer peers that I was an ‘Artist,’ the subject is my best friend in this life and I feel like this piece not only captures her poetic essence but immortalizes it! This photo captures a significant portion of my driving force, my love for Charli, and my passion for the inspiration I receive from photography.”
http://www.SlyVegasPhoto.com
IG: sly_vegas

2. Joe Azure, Northern California
Landscape, Travel, Country
Hopping throughout the world and then to Reggae in the Hills and then Burning Man; Mr. Azure is not your average “Joe.”

In his own words: “I know it doesn’t look as epic as much of my work but it is one of my favorites. This was the first time that I was able to go out and take a picture that I had already planned out and knew what it was going to look like, in advance. I woke up at 4:00am one morning and saw the conditions outside my window. I knew exactly the shot I wanted to go capture, so drove down to the waterfront and did it. The birds were a bonus.” 🙂 https://www.flickr.com/photos/joe-azure/8270570548/ www.jazurephotography.com
IG: jazure 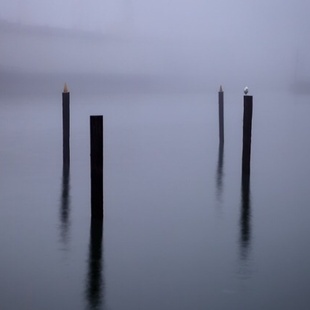 3. George Krieger, Northern California
Travel, Photography, Landscape, New Tech Imagery
Reggae in the Hills, Reggae on the River, Burning Man
Also known as “The Drone Dude” or DJ Krieger
In his own words: “I think this one is my fave from this year next to my Burning Man images and the reason is that it was tweeted from space! It is all in the blog below.” http://georgekrieger.blogspot.com/2014/06/the-international-space-stations.html
IG: georgekrieger

4. Deejay Alex J.
East Coast NYC
Even though we may have not met yet in person, we have collaborated amongst a variety of unsigned musicians for his World Lounge Radio show.

When I use to manage artists to help give them more exposure online I would refer my peeps to Alex so he would add their tracks to his next show. He has a large following not just in music but more recently in his photo skills. Big ups Homie!
“Empire State Views” In his own words: “Because I’m not a fan of heights is why I love it.”
IG: deejayalexj 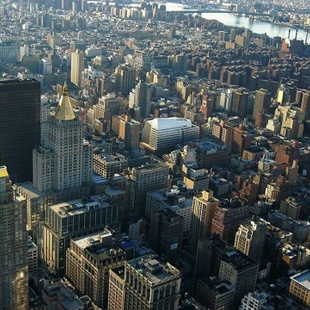 5. James LeDeau, Northern California
This guy has saved lives many times through his imagery and multimedia company. Let’s just say this; James shows off his perspective so well he does not need a filter; ever. He’s the guy that makes you wanna leave your house to go out and enjoy a good local show ’cause that’s what you should be doing instead anyways; being happy.

“Inspiration” In his own words: “Scott Schipper was an amazing human being that I met at this event. After a few minutes of conversation I realized how much life is so precious and just how much someone you don’t even know can make a difference and save your life while they do not have the chance of saving there own. Amazing people doing even more amazing things for others.”
http://www.StageMedia.us
IG: stagemedia

6. Angela Costin, Northern California
This lovely lady is my soul sister. Though we may have not met yet we share eachother’s perspectives daily online through connecting via plants, insects and giggles. She can hear the same song a flower sang to me once before and in her captured moments she displays their most candid moments ever. Smiling loudly!

In her own words: “I’m a romantic, love poetry and beautiful literature. I am free-spirited and this photo, FOR ME, just sort of embodies that, for me.”

7. Baber Afzal, Dubai
I kick myself everyday since we tried to meet in Los Angeles a couple years ago. But I know eventually we will meet someday. Baber is one of my friends I can truly say has a heart of gold and an eye of a Tiger. His imagery techniques are unbelievably real.

“Forgiveness” In his own words: “Done in collaboration with my dear friend Michal Klimczak. The reason I like it a lot is not only because of the majestic beauty of the mosque but to also symbolise the importance of simplicity. The very reason why we decided to place a man in the center was to show the scale & size and also to show the importance of prayer whether you be asking for forgiveness or to Forgive someone too.”
http://www.Facebook.com/baber.afzal
IG: baberafzal 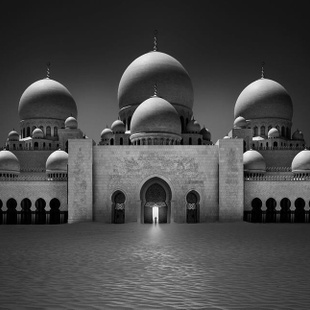 8. Mike Reagan, Sacramento, California
Mike is Super Man. From DJ’ing weddings to rallying up locals for yoga or community events this guy captures anything he sees of value the world should experience. The ultimate Social Media dude that can do anything.

“My Perspective” In his own words: “Here is my first water shot. Just testing my camera settings. The lighting will come later.”
https://m.facebook.com/profile.php?id=190897174286605&ref=bookmark

9. Jim Perdue, Monterey California
If you wanna know who captures the epic moments at the Monterey Bay Aquarium this is the guy. Though we have yet to meet, Jim’s networking techniques with his photog skills are too hard to ignore.

In his own words: “This is definitely one of my favorite shots. This is an iPhone panorama that I took at the Monterey Bay Aquarium last October. I love the dynamic skies that we get at this time of year. I’m lucky to live in a place where nature puts on such a show—it’s like a new work of art every evening.” 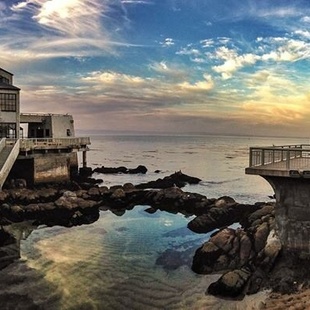 10. Xien How, Bay Area, California
Zen is a multi-talented, mass media artist who travels like no other. From producing music to filming videos, Zen shows off his imagery skills respectfully in the local community to cross-country peeps. Much Love and respect homie.

In his own words: “For me to pick a single picture that is my favorite would be all but impossible. However this photo has great meaning to me. I carried A.R. to set him down in a place where he could get this picture he wanted. I feel the picture says it all. Not many more inspirational scenarios than A.R.’s. If you are going to share me, my talents and what I do. I think it is only right to do the same.” Consistent, Creative And Courageous
IG: xienhow